Showing posts from October, 2021
Show all

October 30, 2021
Ian Haney Lopez's DOG WHISTLE POLITICS: How Coded Racial Appeals Have Reinvented Racism & Wrecked the Middle Class  is a well referenced, detailed fantastic book. Haney Lopez traces a recent history beginning largely with:  George Wallace, Barry Goldwater and Richard Nixon through Ronald Reagan to when the book was written in 2014.   It is fascinating how the Black Lives Matter Movement and the rise and recent fall of Donald Trump - after the fact - strongly fit in with his conclusions. Dog whistle politics are regular parts of Republican Party efforts.   Bill Clinton and Barack Obama also come up for significant criticism, though not as deeply as George W Bush and other Republicans in general. The author makes clear how important it is for us to confront racism directly and deal with systemic racism, rather than incidents of blatant racist words.   He focuses significantly upon the dangers of "colorblindness".  He also makes clear how dog whistle politics help avoi
Post a Comment
Read more 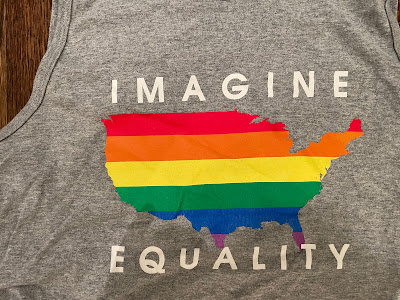