Showing posts from December, 2020
Show all

December 20, 2020
MEDIOCRE: The Dangerous Legacy of White Male America , Ijeoma Oluo’s wonderful follow-up to So You Want to Talk About Race , is well worth reading, especially for us white men! Some quotes from the book are a good place to start: Biden got the message.   If he continued to defend busing, he ran the real risk of becoming a one-term senator.  In 1975, Joe Biden stunned his Senate colleagues by throwing his support behind known segregationist Jesse Helm’s proposed antibusing amendment to the Constitution.  p.65 … In a later television interview, Biden told the Senate, “I have become convinced that if the US government didn’t come up with a different solution for school segregation than busing, “we are going to end up with the races at war.”  Biden explained that the good white people he represented weren’t racist, but busing might make them so: “You take people who aren’t racist, people who are good citizens, who believe in equal education and opportunity, and you stunt their childr
Post a Comment
Read more

Racism: A Prime Cause of Death - Musicians as an Example

December 19, 2020
BLACK MUSICIANS Magic Sam – February 14, 1937 – December 1, 1969 – died of a heart attack after a very successful overseas tour.   Magic Sam is my favorite blues musician. Did racism kill him at age 32? Buddy Guy – July 30, 1936 – owner of Legends – still performing at age 84.   He’s been very successful, in spite of racism.  --- Michael Jackson – dead at 50 Billie Holiday – dead at 44 Charlie Parker struggled with heroin addiction.  In 1954, the death of his three year old daughter added to his troubles.  He attempted suicide twice that year.     When he died in 1955, at age 34, the coroner estimated that he was between 50 and 60 years old. Sam Cooke – dead at 33 Donny Hathaway suffered from severe depression over the last seven years of his life and died at age 33, after jumping from his 15 th floor hotel room balcony.  (sang: “The Ghetto Little Willie John – dead at 30 – imprisoned for murder, reported cause of death – heart attack – significant rumors that
Post a Comment
Read more 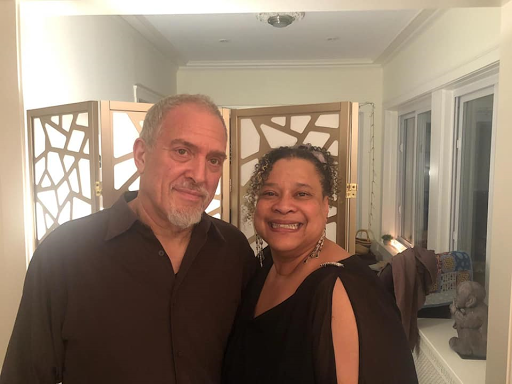 We live in two very different worlds.   In “my” world, I can relax and breathe comfortably most of the time.    Walks in the dark generally aren’t scary.   I’m not followed when I shop in a store.    Driving our car is simple.  I’m not worried about being stopped by the police, or if I am stopped, that my life will be in potential danger. My father was a “victim”.     He was 46 years old.   His cancer shrunk the entry to his stomach so that less and less food could sustain him.    He was afraid! He tried to deny the walls closing in on him.   My father struggled to keep working.   He became too weak to carry his briefcase.  Dad taught a class roughly 18 hours before he died in his sleep. Many women and girls, and a lesser number of men and boys have survived rape and/or sexual assault. Are they free of danger?    Are they more likely to be victimized (again) than you or I? Rape destroys a significant percentage of marriages within a short period of time.   Rape causes survivors to de
Post a Comment
Read more

The Color of Law - Richard Rothstein: An Incredible, Incredible Book

December 04, 2020
Richard Rothstein’s The Color of Law: A Forgotten History of How our Government Segregated America is simply an incredible book!   The systemic nature of our governments’ creation of segregated housing and how it has hurt Black People is clearly shown by numerous examples which humanizes the hurt that continues to limit many people today. Direct quotes from the book are very helpful in showing what the book teaches us. (1959) In the Missouri case, an African American couple had attempted to build a home in the white St. Louis suburb of Creve Coeur.  Again, permits had been approved and work had begun when the town discovered  that the purchasers were African American.  A hastily organized citizens committee then raised contributions to purchase the property. … As in the Hansberry drama, the Creve Coeur couple refused the offer.   The city then condemned the property for recreational use. P.125   In 1969, a Methodist church-sponsored nonprofit organization proposed to construc
Post a Comment
Read more
More posts